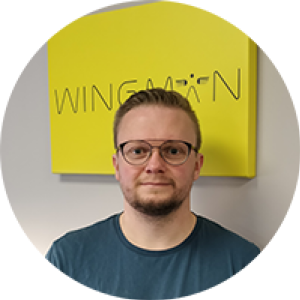 The age old problem with… age

In modern society, where some of the most valuable companies in the world were created by people in their college dorm room or their parent’s garage, you’d think there would be a real openness to treat people of all ages with the same respect and authority in the business world. But unfortunately, this just isn’t the case.

From the highest influencers in the country – the UK Government – age is still a big factor of inequality that needs a long hard look. Take for instance the current minimum wage brackets. Our Government says that if you are under 18 you can scrub the same toilet, enter the same data or engineer the same rocket for nearly half the wage of someone that is simply seven or more years older than you. They may not have experience in the field (you might), they may not be the best at the job (you might) and they may not be committed to the job (you might) but simply for having been on the planet for a few extra years, they are the ones who earn the extra pennies each and every day because they are the ‘most likely’ to have mortgages and kids and bills… very presumptuous and often very wrong.

So what are we doing about it?

We, Wingman Marketing, are still a fairly new company (‘kid’) on the block; in our second year of trading, but still kicking ass out there in the world. We like to think we are a little bit different (cliche I know). Our leadership team is all under the age of 35. We’re not intentionally ageist to be a young bunch, but we’re a group of like-minded people building a venture we believe in. Each of us can whole-heartedly say we have become well-respected and high-achieving practitioners within our respective fields to date and overcome a lot of judgement about what ‘people our age’ should or could be capable of. I for one, have had great role models in business, joining my first agency under the command of a director who was under 40 and incredibly inspiring; moving to a company which was founded by someone in their twenties and sold later for a tidy profit and with astounding success achieved. These people helped to shape me into who I am.

We know that age has nothing to do with ability. That’s not just at the younger end of the spectrum, but is true for any age. Motivation, passion and good ethics are what make people successful, not a biological clock or the number of frown lines.

Because of this, we have decided that age will not drive salary, or reward, within our company. We are abolishing the rules about younger members of staff earning less even in our most junior roles and will encourage salary increases and bonuses earned through good, hard work, ambition and sheer drive.

Of course, extensive knowledge and expertise should be rewarded/accounted for in any role; but this does not correlate with the individual’s age and should be measured over time against performance and fairly for all.

Types of growth in your MSP

How to compete against other MSPs

How to compete against other MSPs The world is a smaller place than it ever has been before, this has allowed more businesses to join

Making the most of your prospect meetings

Making the most of your prospect meetings So, you’ve bagged yourself a meeting with a new prospect, now let’s walk through how to make the

What to do after meeting with a prospect

What to do after meeting with a prospect You have just left a prospect meeting, you thought things went well, you used your professional demeanour